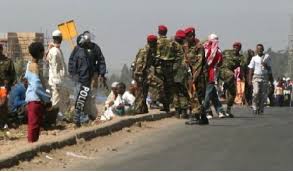 Despite rhetorically backing down and mass incarceration. Atleast 21 people have been killed, hundreds wounded and thousands more jailed since OPDO announced the Master Plan will be stopped. The regime is bent on re-asserting its authoritarian control through ethnic cleansing against the Oromo people. The Oromo are left with two options; wait until the regime’s mercenaries kill them offf in isolated villages or renew and intensify their collective resistance to defend themselves against these murderous thugs pretending to be government. This round, its time to bring pain and suffering to TPLF and their surrogates. German leader calls for Ethiopia to open up politics after unrest