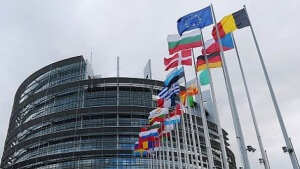 MOTION FOR A RESOLUTION: European Parliament resolution on the situation in Ethiopia

With request for inclusion in the agenda for a debate on cases of breaches of human rights, democracy and the rule of law pursuant to Rule 135 of the Rules of Procedure

European Parliament resolution on the situation in Ethiopia (2016/2520(RSP))

– having regard its previous resolutions on the situation in Ethiopia

– having regard to the statement by the EEAS spokesperson on recent clashes in Ethiopia, 23 December 2015

– having regard to the joint statement by Federica Mogherini, High Representative for Foreign Affairs and Security Policy/Vice-President of the European Commission, and Minister of Foreign Affairs Tedros Adhanom of the Federal Republic of Ethiopia, 20 October 2015

– having regard to the press release on the meeting between the High Representative/Vice-President Federica Mogherini and the Minister of Foreign Affairs of the Federal Republic of Ethiopia, Tedros Adhanom, 13 January 2016

– having regard to the statement by the EEAS Spokesperson on elections in Ethiopia, 27 May 2015

– having regard to the press release of the UN Office of the High Commissioner for Human Rights, 10 July 2015

– having regard to press briefing note of the UN Office of the High Commissioner for Human Rights, 10 July 2015

– having regard to the universal Declaration of Human Rights

– having regard to the UN the International Covenant on Civil and Political Rights,

A. whereas over the past two months , Ethiopia’s largest region, Oromia, has been hit by a wave of mass protests over the expansion of the municipal boundary of the capital, Addis Ababa which has posed risks for farmers eviction from their land;

B. whereas security forces used excessive lethal force and killed at least 140 protesters and injured many more, in what may be the biggest crisis to hit Ethiopia since the 2005 election violence;

C. whereas on the 14 January 2016 the government decided to cancel the disputed large scale urban development plan ; whereas if implemented, the plan will expand the city’s boundary by 20 times its current size; whereas Addis Ababa’s enlargement has already displaced millions of Oromo farmers and trapped them in poverty;

D. whereas the ethnic Oromos continue to suffer particular discrimination and human rights violations in efforts to suppress potential dissent in the region;

E. whereas the Ethiopian authorities arbitrarily arrested a number of peaceful protesters, journalists and opposition party leaders in the context of a brutal crackdown on the protests in the Oromia Region; whereas those arrested are at risk of torture and other ill-treatment;

F. whereas the government’s labelled largely peaceful protesters as ‘terrorists’ deploying military forces against them ;

G. whereas on December 23, the authorities arrested Bekele Gerba, deputy chairman of the Oromo Federalist Congress (OFC); Oromia’s largest legally registered political party; whereas Mr Gerba was being taken in a prison known for torture and other ill-treatment practices and shortly after he was reportedly hospitalized; whereas his whereabouts are now unknown, raising concerns of an enforced disappearance.

H. whereas other senior OFC leaders have been arbitrarily arrested in recent weeks or are said to be under virtual house arrest.

I. whereas last December leading activists such as Getachew Shiferaw (Editor-in-Chief: Negere Ethiopia), Yonathan Teressa (an online activist) and Fikadu Mirkana (Oromia Radio and TV) have been arrested arbitrarily though yet to be charged by the Ethiopian authorities.

J. whereas the current protests echo the bloody events of April and May 2014, when federal forces fired into groups of largely peaceful Oromo protesters, killing dozens; whereas at least hundreds more students were arrested, and many remain behind bars

K. whereas Ethiopia’s government has regularly been accusing people who express even mild criticism of government policy of association with terrorism; whereas dozens of journalists, bloggers, protesters, students and activists have been prosecuted under the country’s draconian 2009 Anti-Terrorism Proclamation.

L. whereas Ethiopia’s government imposes pervasive restrictions on independent civil society and media; whereas according to the Committee for the Protection of Journalist’s (CPJs) 2014 prison census found that Ethiopia was the fourth worst jailer of journalists in the world, with at least 17 journalists behind bars, whereas Ethiopia also ranked fourth on CPJ’s 2015 list of the 10 Most Censored Countries

M. whereas the Ethiopian authorities have routinely summoned to court the “Zone 9 bloggers” with terrorism charges for their writing over the past 2 years.

N. whereas numerous prisoners of conscience, imprisoned in previous years based solely on their peaceful exercise of their freedom of expression and opinion, including journalists and opposition political party members, remained in detention.; whereas these included some convicted in unfair trials, some whose trials continued, and some who continued to be detained without charge, among others Eskinder Nega, Temesghen Desalegn, Solomon Kebede, Yesuf Getachew, Woubshet Taye, Saleh Edris, and Tesfalidet Kidane

O. whereas severe restrictions on external funding continue to undermine the work and effectiveness of non-governmental organisations (NGOs) under the 2009 Charities and Societies Proclamation.

P. whereas Ethiopia rejected recommendations to amend the Charities and Societies Proclamation and the Anti-Terrorism Proclamation that several countries made during the examination of its rights record under the Human Rights Council Universal Periodic Review in May 2014.

Q. whereas Andargachew Tsige, a British-Ethiopian citizen and leader of an opposition party living in exile, was arrested in June 2014 while in transit through Yemen’s main airport and forcibly removed to Addis Ababa; whereas Tsige had been condemned to death several years earlier in his absence, and has been in death row practically incommunicado since then; whereas Juan Mendez, the UN special rapporteur on torture, has written to the Ethiopian and UK governments saying he is investigating the treatment of Tsige, following claims that Tsige is being deprived of sleep and held in isolation;

R. whereas the Ethiopian government has de facto imposed a widespread blockade of the Ogaden region in Ethiopia, rich in oil and gas reserves; whereas attempts to work and report from the region by international media and humanitarian groups are seen as criminal acts, punishable under the anti-terrorist proclamation; whereas there are reports of war crimes and severe human rights violations perpetrated by the Army and government paramilitary forces against the Ogaden population;

S. whereas The Ethiopian People’s Revolutionary Democratic Front (EPRDF), the ruling party coalition, won all 547 parliamentary seats in the May 2015 elections, due in part to the lack of space for critical or dissenting voices in the election process; whereas May’s federal elections took place in a general atmosphere of intimidation, and concerns over the lack of independence of the National Electoral Board;

T. whereas Ethiopia enjoys political support from western donors and most of its regional neighbours, mostly due to its role as host of the African Union (AU) and its contribution to UN peacekeeping, security and aid partnerships with Western countries;

U. whereas Ethiopia receives more aid than any other African country – close to $3bn per year, or about half the national government budget

V. whereas for decades the government have been authorizing big development projects to foreign investors, which have been leading to severe land grabbing and millions vulnerable people often forcibly evicted and insensitively resettling; whereas often the government does not offer the local communities any alternative to permanent settlement and had not fully consulted groups before evicting them.

W. whereas some donors, including UK’s Department for International Development (DFID) and the World Bank, rechanneled funding from the problematic Protection of Basic Services (PBS) program in 2015 which was associated with the abusive “villagization program,” a government effort to relocate 1.5 million rural people into permanent villages, ostensibly to improve their access to basic services; whereas some of the relocations in the first year of the program in Gambella region in 2011 were accompanied by violence, including beatings and arbitrary arrests, and insufficient consultation and compensation

X. whereas Ethiopia is experiencing its worst drought in decades, deepening food insecurity and severe emaciation and unusual livestock deaths; whereas with 640 000 refugees, Ethiopia is the country in Africa with the highest number of refugees; whereas nearly 560 000 people are internally displaced due to floods , violent clashes over scarce resources and drought

Y. whereas the current political situation in Ethiopia and the brutal repression of dissent put a serious risk the security, development and stability in the country;

1. Strongly condemns the recent use of excessive force by the security forces in Oromia and in all Ethiopian regions, the increased cases of human rights violations and abuses, including violations of people’s physical integrity, arbitrary arrests and illegal detentions, the use of torture, and violations of the freedom of the press and of expression, as well as the prevalence of impunity;

2. Calls for an immediate end to violence, human rights violations and political intimidation and persecution;

3. Urges for the immediate release of all those jailed for exercising their rights to peaceful assembly and freedom of expression, including students, farmers, opposition politicians, academics, bloggers and journalists ;

4. Calls on the government to carry out a credible, transparent and impartial investigation into the killings of protesters and other alleged human rights violations in connection with the protest movement, and to fairly prosecute those responsible, regardless of rank or position;

5. Welcomes the government’s decision to completely halt the Addis Ababa and Oromia special zone master plan, that plans to expand the municipal boundary of Addis Ababa. Calls for an immediate inclusive and transparent political dialogue, including the government, opposition parties, civil society representatives and the local population preventing any further violence or radicalisation of the population; takes the view that such dialogue, conducing to the democratisation of the country, is not possible under the current political conditions;

6. Calls on the Government of Ethiopia to respect the Universal Declaration of Human Rights and the African Union Charter of Human and Peoples’ Rights, including the right to peaceful assembly, freedom of expression and association;

7. Urges the government to immediately invite the UN Special Rapporteur on the rights to freedom of association and peaceful assembly and other UN human rights experts to visit Ethiopia to report on the situation;

8. Calls on the government to stop suppressing the free flow of information, including by jamming media broadcasts and harassing media, including through intrusive surveillance programs, and facilitate access throughout Ethiopia for independent journalists and human rights monitors;

9. Calls on the government to include local communities in a dialogue on the implementation of any large scale development project and ensure equal distribution of future benefits to the population ; to ensure that farmers and pastoralists are adequately compensated, preventing them from any arbitrary or forced displacement without consultation and adequate compensation.

10. Expresses its concerns on the government’s forced resettlement program, known as “villagization program”.

11. States that respect for human rights and the rule of law are crucial to the EU’s policies to promote development in Ethiopia and throughout the Horn of Africa;

12. Call on the EU to effectively monitor programs and policies to ensure that EU development assistance is not contributing to human rights violations in Ethiopia, particularly programs linked to displacement of farmers and pastoralists, and develop strategies to minimize any negative impact of displacement within EU funded development projects;

13. Further calls on the EU and Member States to react promptly to the escalation of violence and the deterioration of the human rights situation in the country by publicly and privately condemning the use of excessive force by security forces in Oromia and call on the government to exercise restraint in its response against protests and the exercise of basic freedoms by the Ethiopian people;

14. Stresses that financial support to Ethiopia from the EU should be measured attending to the country’s human rights record and the degree to which the Ethiopian government promotes reforms towards democratisation, as the only way to ensure stability and sustainable development;

15. Instructs its President to forward this resolution to the Government and the Parliament of Ethiopia, the European Commission, the Council, the Vice-President of the Commission/High Representative of the Union for Foreign Affairs and Security Policy, the institutions of the African Union and the Secretary-General of the United Nations.