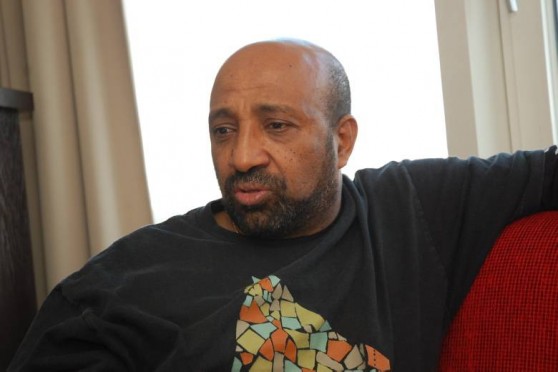 G7/ Birhanu Nega’s confused reaction to ‪#‎OromoProtests‬ reaches its natural conclusion.
1) When the protests began they DISMISSED it. They were proven wrong within few days
2) When the upraising engulfed the country and shook the regime the attempted to HIJACK it . That were denied. ( They thought this was a leaderless, aimless and disorganized riot)
3) Now frustrated, they are back to their old days of ATTACKING Oromo nationalism.

Why the attack now? Because a) they failed to ride it as they wished so they are frustrated b) The efficiency of #OromoProtests (both on the ground operation and diplomatic) exposed the fact that G7 is operationally l non-existant on the ground. Remember they called on their constituency to raise up. But no response. They made promise both in public and private to mobilize their operatives which were said to be on standby. But they could not back their words with any action whatsoever. Fearing their supporters will turn on them, they have now launched a campaign of blaming #OromoProtests slogans, narratives and strategies for their own lies nd operational ineptness.

Guys instead of obsessing with and trying to bend the Oromo movement to your liking ( which will never happen) how about you focus on properly framing the political aspiration of your constituency and organize them at grassroots level like Oromo activists have done? There reason an alliance cannot work with this group is not just their short sighted tactical moves, but also the fact that they have no practical capabilities to bring to the battle field against the mutual adversary.

If you want to be part of this fight, go back to the drawing board and build real capabilities rather than offering empty rhetoric year after year. In other words, put up or shut up. Oromos will finish this regime as they started. Enjoy the show, the bill is on us.

Meles Zenawi’s approach “Narrow Nationalist (OLF) ” vs “Democratic Nationalist (OPDO)”
Birhanu Nega’s attempt ” Moderate Oromo ( who?)” vs ” Hardliner Oromo ( who?)”
Such an outdated strategy of divide & conquer doesn’t work any more. Let alone among those participating in the liberation struggle it ain’t working against OPDO. If you don’t believe me go ask Abay Tsehaye wh is being driven nuts by OPDO rank and file who have said no more servitude!! Statement of the Oromo Qeerroo on the Market Boycott and Stay-at-Home...